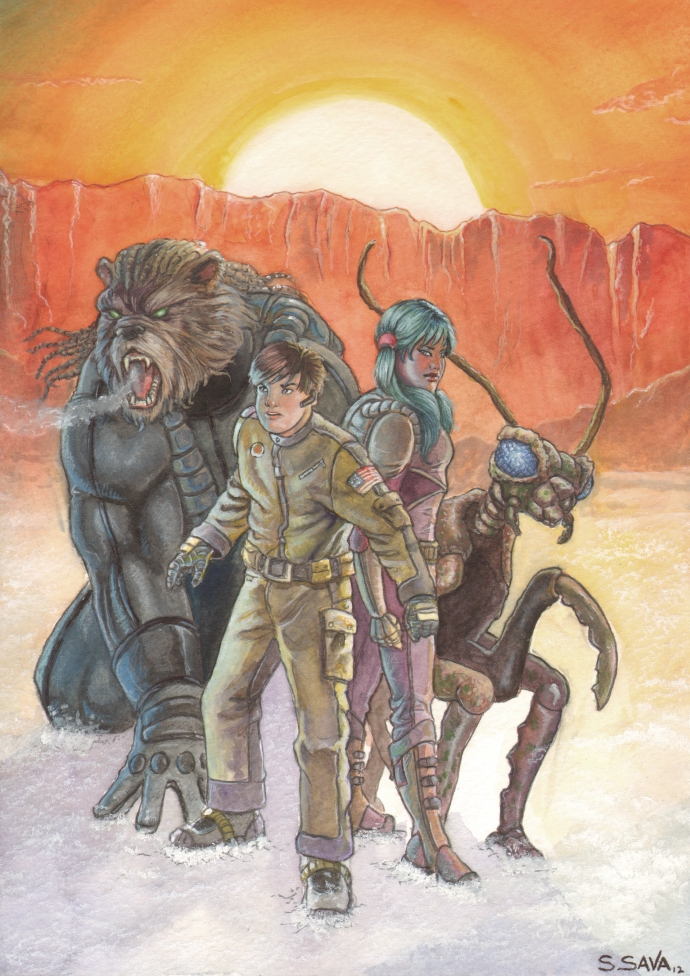 And the front cover is finished! The artist, Scott Christian Sava, added visible breath to Mungus and detailed the snow. I think it looks pretty fantastic. Not only will serve as an eye-catching cover (I hope), but it’ll look great on my wall since it’s a watercolor and I’ll get the original.

The next step is the back cover. We were originally going to do a wrap-around, but as I explained in a previous post, he was having trouble with the illustration and split it into two pieces. Wraparounds are always tricky when you don’t have a final page count anyway, as you don’t know how wide to make the area that will cover the book’s spine. Zack Jackson & The Cult of Athos is sitting on my desk awaiting revisions while I work on Iron Fist of the Oroqs, so that final page count is some months away.

I also haven’t decided yet if I’ll include an educational component with Zack Jackson, namely a glossary of some of the more advanced scientific terms and concepts I talk about in the book. I bend the laws of physics in a couple of places, so it might be neat to include simplified explanations of how we believe the universe really works. Then again, I wouldn’t want to destroy someone’s believe in our ability to travel to other worlds. That would be sad.

This site uses Akismet to reduce spam. Learn how your comment data is processed.