Not an Announcement – Star Trek: The Terror Paradox

On March 31, I wanted to make an announcement. I was waiting for word from a publisher if my short story had been accepted for an anthology.

The anthology was the latest Star Trek: Strange New Worlds anthology. The story I wrote: “The Terror Paradox,” was an Original Series story. In the best tradition of Star Trek, I took contemporary events and dealt with them through the lens of the 23rd century. In this case, the Paris terrorist attacks in November of 2015. 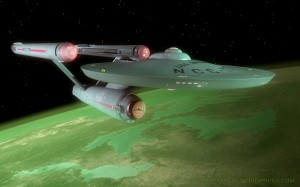 “The Terror Paradox” was not among the stories selected. As is par for the course for these sorts of contests, I have no idea why my story wasn’t selected. So, if it really, really sucked, at least I can delude myself as to its quality.

I could re-write the short story, keep all the themes and rename the characters and Star Trek names. I think it would be pretty thinly disguised, though. I think I’ll keep it a Star Trek story and just give it away.

Perhaps I was overly optimistic regarding my chances. I still believe “The Terror Paradox” was a GOOD Star Trek story told in the finest tradition of the Original Series. Am I disappointed?

Yes. I wanted the feather in my cap that said “published Star Trek author.” Alas.

I’m not going to stop writing, though. I was writing before the contest and I’ll continue to do so. I did not pin all of my hopes and dreams on this one contest, though I admit had it come along five to six years ago, I might have just given up. Rejection is something all writers have to deal with.

Assuming I was rejected because I’m a horrible writer fails to take into account the arbitrary nature of contests. I did get a confirmation that my submission was recieved, but maybe I screwed up the entry formatting. Sometimes, if you don’t precisely dot the “i”s and cross the “t”s, you’ll be rejected out of hand (I don’t think I screwed that part up). Maybe all the other stories were super-awesome and mine was only awesome. Maybe they had a mandate that they could only include one original series story and the other one was just a little closer to what they were looking for (more comedy, less Serious Topic). Who knows? I may never know, so focusing on the fact that I didn’t make the cut isn’t going to do me any good.

You can judge the quality of “The Terror Paradox” yourself. Please, download a copy in your preferred format. I hope you enjoy it and feel free to leave a comment.